The top South African baby names of the last 5 years

Every year since 2014, Stats SA has been publishing its data on the most popular names in the country via the organisation's annual Recorded Live Births report.

Based on information recorded by the Department of Home Affairs (DHA), the report presents the national and provincial top 10 girl's names, boy's names and surnames in addition to statistics on the number of "births that occurred and were registered" in any given year since 1991.

The reports are usually compiled based on the previous year's data, which means that information on SA's top 10 names for 2019 (for example) will only be available in 2020.

Curious about which names have been popular for the last five years, we scanned through the reports and found some interesting details about baby-naming trends in South Africa.

From 2014 to 2016, the name Junior proved most popular as a boy's name, consecutively topping the top 10 list. The name Precious was the number one girl's name for two years running, topping the list in 2015 and 2016.

From 2017 to 2018, the name Enzokuhle has ranked number one for both boys and girls. Having made no appearance in the top 10 in previous years, we were curious about what had inspired the sudden rise in popularity.

A few enquiries with colleagues lead us to conclude that South African rapper, Duncan Skuva, may have had something to do with it.

His song 'Enzo' was released in early 2017, in which the father shares a touching conversation with his daughter, Enzo, warning her about the future obstacles she will face as a woman in SA. Read more about our speculation on the trendy name here: Could this rapper dad be the reason behind SA's number one baby name?

While they've not ever ranked in the number one slot, a few names have been remained popular, floating up and down the top ten list since 2014.

For boys and girls

So many South African names are unisex, and we've found that the two most popular unisex names since 2014 have been Melokuhle and Amogelang.

Other unisex names that have proven trendy over the years have been Blessing, Omphile, Lethabo and Bokamoso.

Not all names have had staying power, and while some have proved consistently popular, some have only been featured one time in the top ten.

For girls names like Iminathi, Karabo, Tshegofatso, Faith, Siphesihle, Onthatile and Okuhle have been once-off trends.

Boys names only appearing one time on the top ten list include Khayone, Kungawo, Kamogelo, Banele and Samkelo.

*Find the original Recorded Live Births reports for each year below:

Share your story with us and we could publish it. 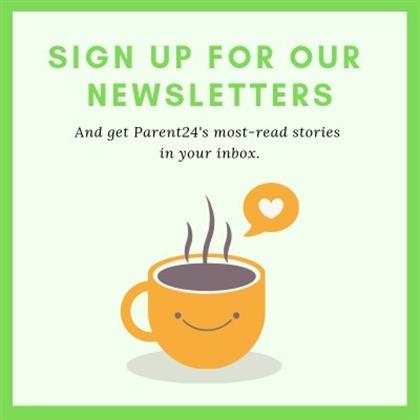 Find a variety of baby names to choose from in our Baby names hub.