Fatherhood is in the limelight.

Since the passing of the Labour Laws Amendment Bill, a historic parliamentary vote in November 2017, the irreplaceable role of fathers and father-figures is being recognised.

Created by Sonke Gender Justice (Sonke) and the Human Sciences Research Council (HSRC) along with numerous organisations, the State of South Africa’s Fathers 2018 offers a big picture view of what fatherhood looks like in South Africa today, and is the first of its kind.

The detailed account places a strong emphasis on the many expressions of fatherhood, as not only biological but also social and self-assigned, calling for society to shift its view of fatherhood as a role encompassing both the breadwinner and caregiver.

This academic examination of fatherhood highlights the positive ways men are embracing their roles as fathers, and the positive effects a father has on mothers, children and even themselves.

The report makes it clear that due to the societal view of mothers as the sole caregiver, past conversations on parenting have excluded men and identifies key areas in most need of development and further study.

Here are 12 significant findings uncovered about fatherhood in SA. 1. There are many kinds of fathers

According to the report:

2. Our political history has shaped the present state of fatherhood

The report recognises the far-reaching impact of the nation’s violent political past on the role of fatherhood today, linking poor parenting and absence to “the socio-economic legacy of apartheid and, over a longer period of time, slavery and colonialism…”

The prevalence of economic scarcity and lack of supportive social networks found among non-white South Africans are identified as key reasons for absent fathers.

Highlighting the 2016 General Household Survey, the report found that: 3. The impact of an absent father

From mental health and healthy relationships to self-esteem, the report documents both the positive effects of a father’s presence, as well as the negatives of his absence.

Following on from the South African Institute of Race Relations report, growing up without a father makes children “more likely to experience emotional disturbances and depression”, and boys in particular are more likely to display aggressive behaviour.

On the other end, girls who grow up with a father will display “higher self-esteem, lower levels of risky sexual behaviour, and fewer difficulties in forming and maintaining romantic relationships later in life. They have less likelihood of having an early pregnancy, bearing children outside marriage, marrying early, or getting divorced.”

Despite a mostly positive result, the report warns against assuming that a physically present father is always a good thing since an absent father is considered better than a present but violent one.

“The fantasy of the loving nuclear family... is something South Africa needs to be disabused of. It is possible that life in nuclear families with a father present can be as uncaring and violent, or as loving and supportive, as in other forms of family.”

4. When fathers are absent the reasons are mainly economic

The study shows that several factors determine whether a man can be involved in his child’s life, but poverty is singled out as the main reason men aren’t ‘allowed’ to take on the role.

Apart from poverty, other factors mentioned were:

The document shows that in addition to a lack of resources, for young fathers in particular, societal judgement also keeps them away.

“The family of the young mother will often not support the involvement in their family of a young man whom they may perceive as being ‘irresponsible’… even where the young man himself would like to act as a father… he may have little ability – financial, social or legal – to press for access to his child.”

5. Living with a child is not necessary to be a good father

The report takes great care in acknowledging the difference between absent fathers, non-resident fathers and fathers who are physically present yet emotionally uninvolved.

Despite physical separation, a large percentage of non-resident fathers remain fully invested in their child’s lives through financial and emotional support, as well as providing practical care.

The report flags that, contrary to popular views, a father who lives with the family (co-resident fathers) is no guarantee of a warm and loving support system and may be even more distance emotionally, providing little to no care to their children.

Referencing a study conducted in Gauteng involving 10 non-resident fathers, when asked about their status, the men shared that it was “undesirable and emotionally distressing”.

“It pains me every time I think of him. Some of us are absent. Not by choice. Whether you are present or you are absent, the fact remains you are a father.” 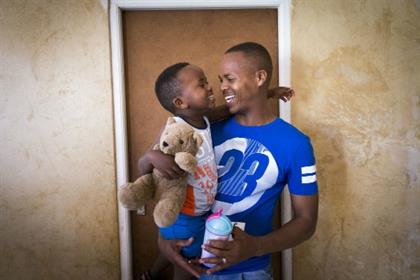 6. The number of children living with a single father is tiny

The report confirms that regardless of income and location, less than 5% of children live with a biological father only.

“The number of children who lived with their father only did not exceed 4% in any province.”

7. When talking about practical childcare, fathers don’t do as much as mothers

The report details the number of men who act as the primary caregivers in their home, revealing that “for every eight hours of unpaid care work done by a woman in South Africa, only one hour is done by a man.”

Research confirms that just 11-12% of SA’s kids receive primary care from their dads.

Studies found that men who are active caregivers displayed “gender equitable attitudes”, and the tasks they completed include doing the laundry, talking to their kids about personal problems and assisting with homework.

The report recommends that further research needs to be done to understand what motivates contribution and the reasons men fail to provide care. 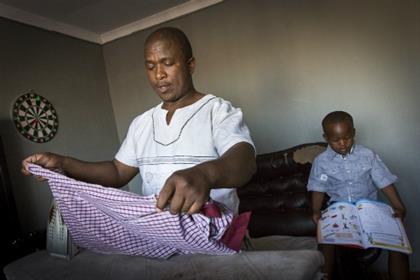 8.  A father’s work isn’t always acknowledged, even by dads themselves

This apparent lack of caregiving by fathers, however, could be explained by another study.

According to the report, contributions by men are not always recognised as care and are dismissed by both themselves and their partners as something that is only done now and then.

It concludes that due to social conventions, men are less likely to receive acknowledgement for the same tasks as mothers.

"The prevailing social norms did not anticipate men engaging in activities such as caring for children, domestic chores or emotional support… although men were clearly observed performing these roles, both men and women tended to either neglect reporting these observations or to dismiss them as aberrant.”

The report warns against this tendency as “such involvement contributes positively toward shaping discourses of men as fathers.”

What have you experienced about fatherhood that goes against society's expectations? Share your story by emailing to chatback@parent24.com and we could publish your letter. Do let us know if you'd like to stay anonymous. 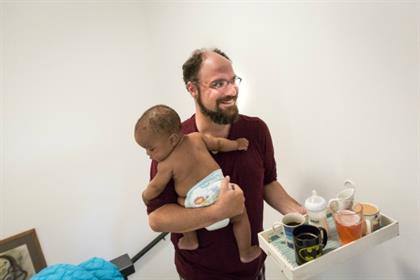 9. Father involvement in the first 1 000 days can reduce the possibility of postnatal depression

No other phase in a child’s life is counted as more vital than the first 1 000 days.

Described as the period from conception to pregnancy, and up to a child’s second birthday, the first 1 000 days marks a vulnerable time for a baby’s brain development and a key time for a father’s involvement.

Here positive loving interactions by both parents couldn’t be more crucial for a baby but also goes a long way in assisting a mother as well, particularly with postnatal depression and breastfeeding.

Whereas maintenance merely enables financial support, the report suggests looking to the cultural process known as Inhlawulo as a prescribed path to paternal involvement.

Similar to lobola, a man makes a payment in either money or cattle to a woman or young girl’s family for illegitimately fathering a child.

“Inhlawulo is essentially about acknowledging paternity as much as granting permission to a man to be involved in his child’s life... These arrangements and practices clearly show that not only biological parents but families too were involved in raising children."

Despite the potential barrier this poses to men who are not financially stable, the practice encourages involvement in a way that maintenance does not.

11. Men are least likely to apply for a Child Support Grant

Despite being gender-neutral, the report found that “over the past 20 years on average only 2% of the total number of CSG recipients were men” and in these cases all funds were used to cover household and child-related expenses. One of its most unfortunate findings is that family matters often default to the mother, where data, surveys and studies themselves neglect to include fathers.

“An unfortunate omission in national surveys on reproductive health, children, families and the general population is the relative lack of data on fathers. Some surveys and reports provide a useful picture in including some characteristics of fathers. However, most lack data on fathers.”

Never before has this much academic research gone into understanding fatherhood in South Africa and the report acknowledges that more needs to be done.

“The State of South Africa’s Fathers report has been developed as an advocacy tool to influence policy and law reform and monitor implementation of current policies and laws related to fatherhood; and as a catalyst to influence... the language currently used in talking about fatherhood.”

Sign up for our weekly newsletter to receive Parent24 stories directly to your inbox.